“If you cannot find peace within yourself, you will never find it anywhere else.”

I have been living my life in a safe little bubble. Talking “about” my past but not really dealing with it. Today I had jury duty and the case was, how can I explain, I really can’t. I thought I was ok with it but when I spoke the words “I was placed in a similar situation” out loud the fear came crashing in on me. The longer I sat there the harder it became. I knew I had to get out of there. I did. I really do not know how to put into words all that was going on with me. I couldn’t breathe, I wanted to run, I wanted to hide, I broke…

I have gone to therapists in the past but I always have a wall up. To me the word therapist breaks down to “the rapist”. You go to them and they want to dig into your past to help you but to me it is just a mind rape. All these past issues come forward that I have blocked, buried, tried to forget and don’t want to deal with. I am not good at any of this. I don’t want to do therapy. I want to be free from all of this. My daughter says I need to do it. Put in the work to be healed. I have ran from stuff my whole life. I cover it with anger. I lash out. Close myself off from people and situations. It’s hard.

I was locked in a house that had bars on the windows and the door was fixed to have a key to be able to unlock it. I was left there for eight hours. No phone. He put it outside(landline). No cell phone. He did it to “teach me a lesson”. The previous day I had gone out with my ex-husband to discuss the situation we were going through with our children. We went to a Golden Coral to eat and I didn’t even have my boyfriend on my mind. When I got home he was livid and blew up at me about eating and not thinking about if he needed to eat. He went to work that next morning and locked me in. When he came home from work he asked me if I learned my lesson. I was never to go out without him ever again. I mean typing this out and rereading it makes me feel like you stupid idiot this is trivial. It happened over twenty years ago grow the eff up.

It was an abusive situation. I was terrified of him. I want that fear gone. He’s not in my life so why am I still afraid. Why after all this time, did I have the reaction I had?

Post traumatic-traumatic stress disorder. I have been told this before but it didn’t sound like me. I’m over it. Or so I thought.

I was molested, I was raped, I was hit as a child and even when I was an adult. I have had violence in my life for years and I thought it’s no big deal I have survived it. But then today….

I see that I need help. I see that I am going to have to dredge all of this up. All the details and quit suppressing it. Quit acting like I am in control of it all and can move on. Because of what happened today I now know that.

Funny how a simple act of attending jury duty brought me to this.

So I am going to write about it all. All of it. Get it all out in the open and deal with it.

This is how I feel about this year😕😕😕

I was driving down the road and a truck that was ahead of me hit a momma dear and threw her right in front of my truck. If I had not slammed on my brakes she would have landed right on top of my hood. He never braked or even stopped just kept going. I had to pull her off the road. Then on my day off I had to put down a stray cat that was sick. Yesterday morning my landlord’s mother passed away. I really hope things will start looking up for myself and the people I care about.

This next year I pray will be a year of breakthrough’s that we all need to find peace and happiness.

Happy Thanksgiving and remember to count your blessings.

This is a quote from someone I am reading materials from. “What happened to ‘One Lord, one faith, one baptism (Ephesians 4:5)? How can we all stand together when we can’t even agree about the nature and purpose of the authority of Scripture? Could it be that we are so far off the mark because we have forced our individual doctrines and creeds upon the Scriptures instead of letting the Scriptures speak for themselves? Is it possible that we are so confused regarding the authority and unity of Scripture that we cannot discern the simple truth that our GOD does ‘not change'(Malachi 3:6)?” My words now. These are the questions I have had since 2004 and why I do not align myself with any set church or organization. Why I have studied the religions I have. Why I have been lost for so long. I’m angry at man and GOD but more at myself for letting all this affect me the way it has. From this day forward I will walk my path by myself not concerned about if someone will walk it with me. I know now what my G-D wants of me.

Wow….since 2012 it seems our lives have just been going down in a hole with no way of getting out. The last four months of 2017 I started seeing a ladder out of that hole. Things are not perfect but nothing in life ever is. My husband can’t work now. Period. Therefore I have become the sole provider for our family and to say it is very hard for me is more than an understatement. I’m not a people person but with the job I have I’m having to be. My spiritual life is also taking some hits as well. I don’t fit in to any organized religion. Period. I am on my own with this path and it is very lonely. I am really hoping that 2018 will be better for us all. Just have to go one day at a time and just breathe.

Will try and write more on this blog just to get my thoughts out regardless of follows or likes because I need to express it somehow.

Of course the first month of 2017 has flown by. Wish that 2021 would get here fast. Sorry I didn’t vote for him not that it matters. I am really concerned about where his mouth and arrogance are going to take the United States. Apparently it was meant to be or he wouldn’t have gotten in. My daughter has called me an anarchist but I just feel like I am a human that wants to live and let live. I am not interested in telling someone else what they can or can not do in their life. There is so much that the government has their finger in that some days I don’t feel like I live in the land of the free. So I guess that makes me what my daughter calls me. Sorry just rambling. I am so depressed about all of this……….

I know he was just a kitten but it hurts so deep in my spirit that he is gone.

He was on my porch. No mother. Just a day old kitten. Eyes still closed. Screaming for help. I picked him up and instantly fell in love.

That was Father’s Day weekend.

July first he opened his eyes. He was crying for his bottle. I fed him and cleaned him. He kept crying and I tried to comfort him and then he just went limp. He was gone. I held him and cried asking God why did he die. I held him until he was no longer warm. I just didn’t want to let him go. I cried the rest of the day and in to Saturday. I thought I would be better about it today but I’m not.

It is really sad that I feel empty and with no purpose now. Especially since I have a husband and a  daughter. But they really never make me feel as though they want or need me for anything. I know that is not true. I am just really hurt.

He was my pretty boy. I looked forward to when he would wake me to be fed at 4 in the morning. He loved having his belly rubbed and laying on my chest to sleep.

Now that is all gone and I just feel empty and a lost.

This is him. My daughter’s friend named him Ayato. But to me he was my pretty boy.

100 art therapy exercises to make your mind body and spirit sing at stuartcline.com.  I am always looking for new creative ideas for my self or the clients I work with. I hope you find this article… 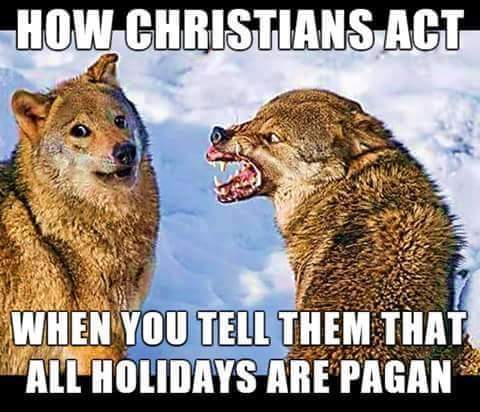